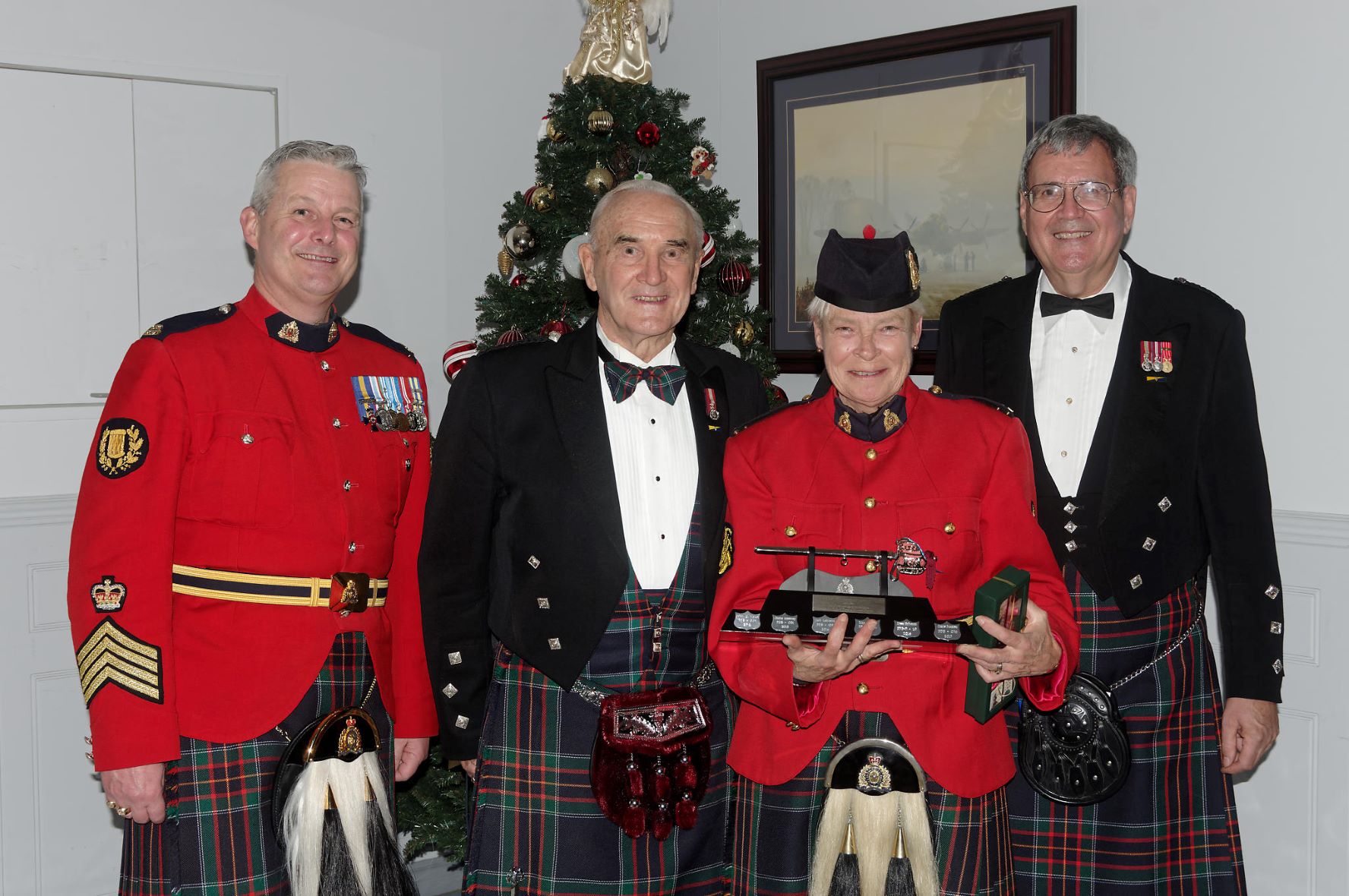 Every year one very special person is identified as the recipient of the Thornton Award, which goes to the band member or dancer who has served as a role model by being the ultimate team player through exceptional commitment, motivation, perseverance, and cooperation. You can read about the award’s beginnings in the 2012 History post here

At the band’s Regimental Dining-In on Saturday night, the award for 2021 was presented to Jenny Putinski. Congratulations, Jenny, from the band management team, and all band members and dancers, on this extremely befitting honour. So very much deserved.The citation for the award follows:

Jenny Putinski came to the band in 2010, and although she was not sure at first about playing for a non-competitive band, she quickly came to enjoy all the amazing events the band had to offer, including over the next two years, a Dominion Chalmers concert, a trip to Loon Mountain as Duty Band, and the FIMMQ Tattoo in Quebec City.

Already a well-accomplished piper, pipe major, and drummer, and extremely well regarded within the pipe band community of Eastern Ontario, she quickly immersed himself in the band as a committed team player whose presence has had a significant positive impact ever since.  She has participated in more than 150 events in red serge, many of them major occasions such as the presentation to the Princess Royal at the RCMP stables, and as well as domestic trips to Quebec City and Halifax, international trips to the Netherlands, Loon Mountain, Estes Park, Belfast, Edinburgh, and China.

Jenny has also done more than 30 solo events and far more than the 5,000 volunteer hours itself would belie, her commitment to representing the RCMP has been exemplary.  But even more important has been Jenny’s commitment to being the ultimate team player.

Jenny has volunteered as member on the Board of Directors, she has been acting/Pipe Major, and she has been an acting/Pipe Sergeant on many occasions.  She has also voluntarily taken on the role as one of the band’s most influential teachers and mentors, significantly helping the overall quality and presentation of the band.

Jenny’s exceptional commitment, motivation, perseverance and cooperation, serving as a role model to others in the band, makes her this year’s Thornton Award winner.