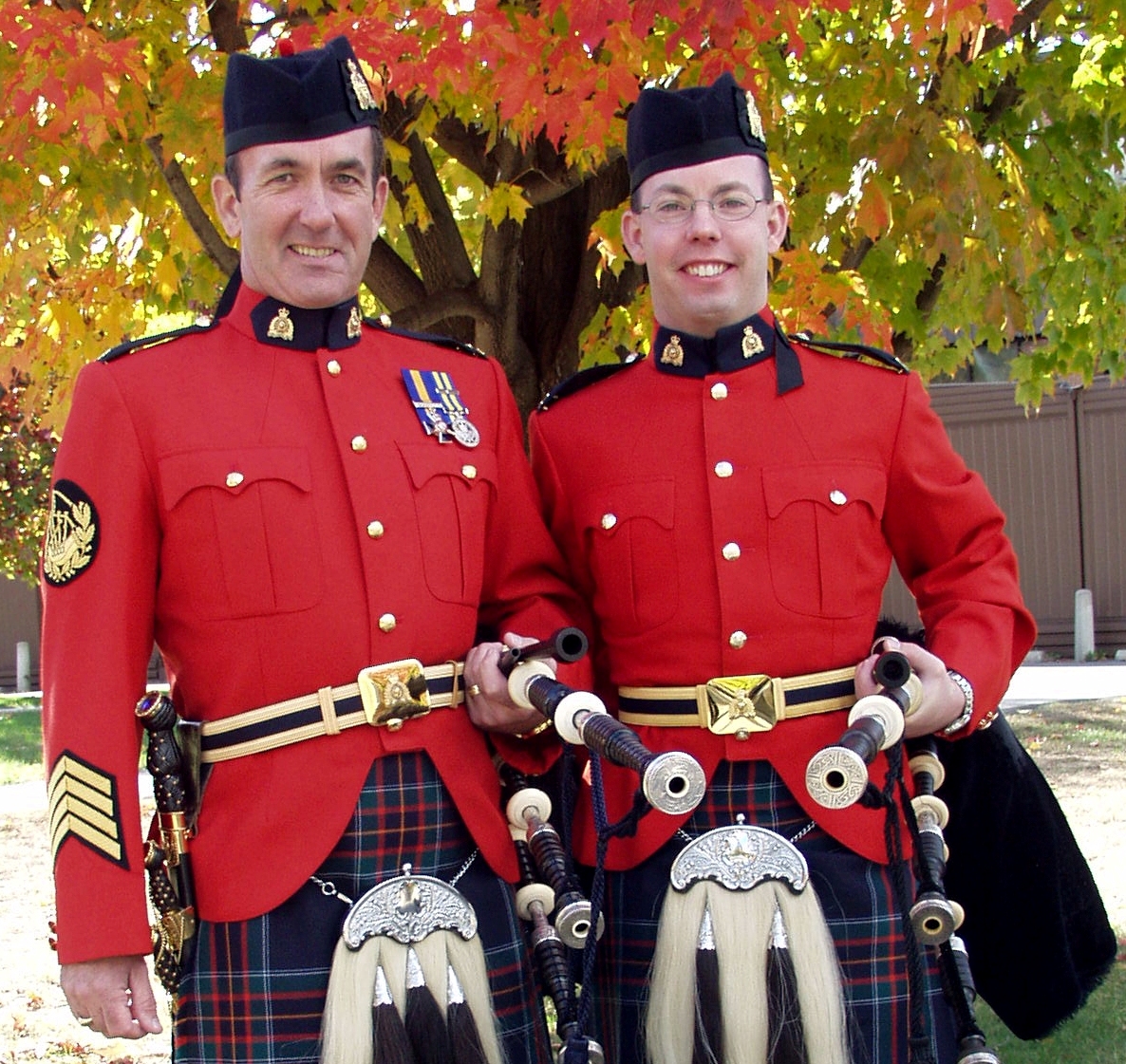 The RCMP Pipes and Drums is a group of volunteer pipers, focused on community service vice competitions. Because of this, we are fortunate to have pipers and drummers from various skill levels, both competitors and casual players. We were privileged in the early years to have Andrew Hayes in our ranks. Andrew is the son of Patrick Hayes, who was the RCMP Pipe Band’s founding Pipe Major. Both are featured in the photo above.

Andrew has played with several successful competitive bands in Canada. Recently, he was the Pipe Major of the Ottawa Police Services pipe band and led them to championship titles in Grade 2 and 4, before turning over that role to focus on his solo career.

As a solo competitor, Andrew has been extremely successful. He has won many prizes in Canada and has been successful in Scotland as well. Among the prizes he has won were London Gold Medals at the Northern Meeting in 2010 and the Argyllshire Gathering in 2019.

The Ottawa Pipers and Pipe Band Society of Ontario (PPBSO) branch is celebrating its 50th anniversary this year. It has published articles about notable members of the piping and drumming community to celebrate this milestone. Issue #34 provides Andrew’s history. It is an interesting read and can be found here. While you are there, browse the other PPBSO articles and enjoy the interesting history of piping in the Ottawa area.