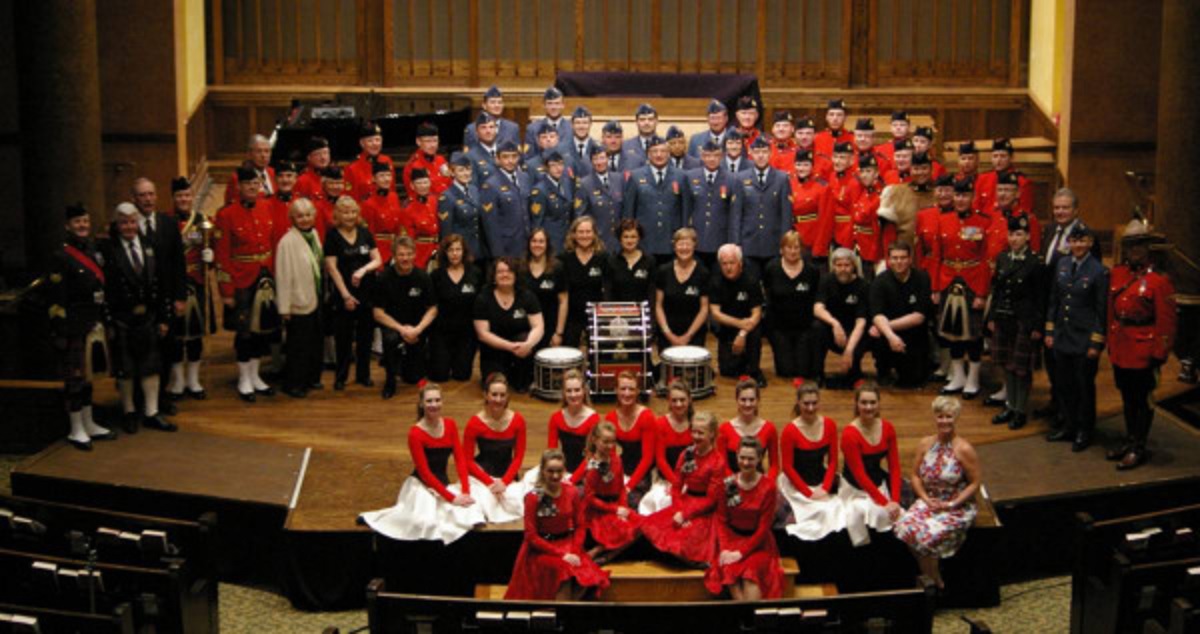 This issue of the Band History program is for the year 2012. It would be repetitive to say it was a big year, because by 2012, busy years had become the norm. In 2012, the band participated in 35 events and provided players for an additional 96 solo events. Of note on the list was our participation in the Queen’s Jubilee Concert performed at Centrepointe Theatre, a performance as featured band at the Military Music Festival in Quebec City and continuation of the annual traditions of the spring concert at the Perley-Rideau and at Dominion Chalmers. The band also got to “bagpipe train” another horse!

The cover photo above is of the cast of the Dominion Chalmers concert for 2012.

Have a read of the whole fascinating story of 2012 here