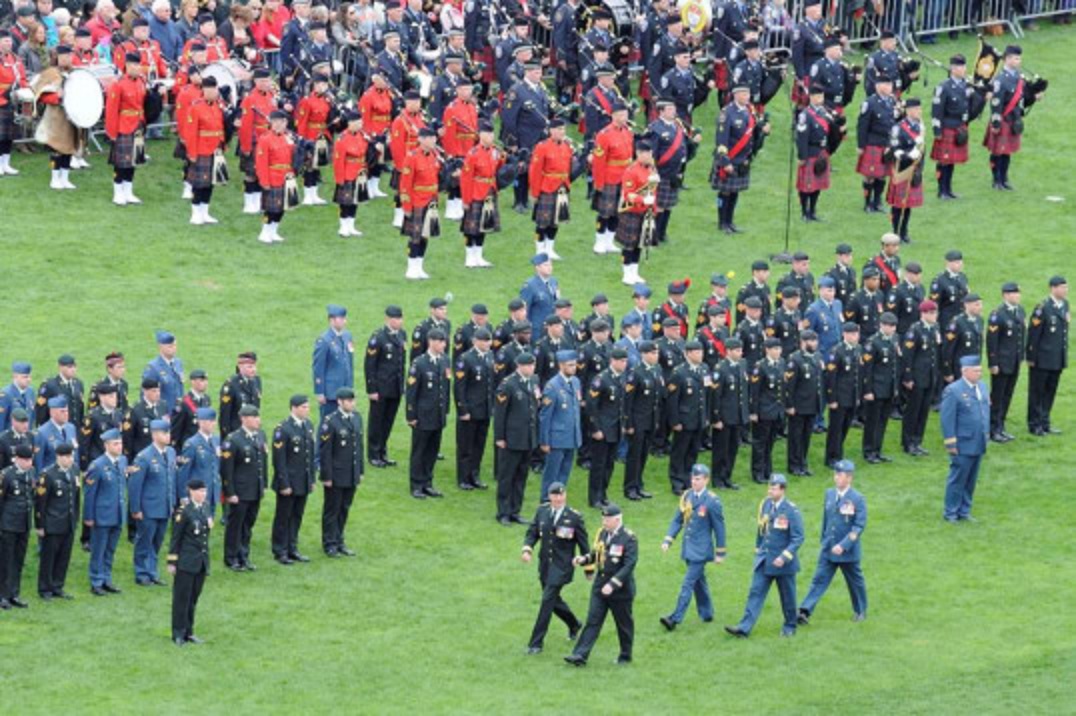 The RCMP Pipe Band had a somewhat quieter year in 2014, in that there was no international travel for the first time since 2004. There were still 42 events for the band, however, including 17 in which the dancers were a key part.

One sad duty of the band is leading the parade at funerals of police officers and 2014 had one of those occasions. Three RCMP officers were killed in Moncton that year by a crazed gunman and band members from across the country joined police officers from Canada, the U.S. and the U.K. to honour them.

There were many happier events too, including a freezing cold march in the annual St Patrick’s day parade in Montreal; a show for the Beau’s Oktoberfest; performing at a Redblacks game in September; and presenting a gift of RCMP Tartan to Princess Anne at the musical ride stables in November. We also took part in the observances of the Afghanistan National Day of Honour, which took place on Parliament Hill on 9 May. The feature photo for this post is of the band on the Hill that day.

The band tried something new in 2014 by preparing an arrangement of “the Gael”, which is an interesting pipe tune on its own. You’ll have to read the history document for the details of that.

One of the articles highlights band members’ participation in the Soldier On program by offering a “Saddle Up” course for ill and injured Canadian Forces veterans. Another great cause supported by our dedicated team of volunteers.

Note that after this week, the History series articles will be presented bi-weekly vice weekly. Don’t forget to check back to see them, since there were lots more adventures in the next few years up to today.