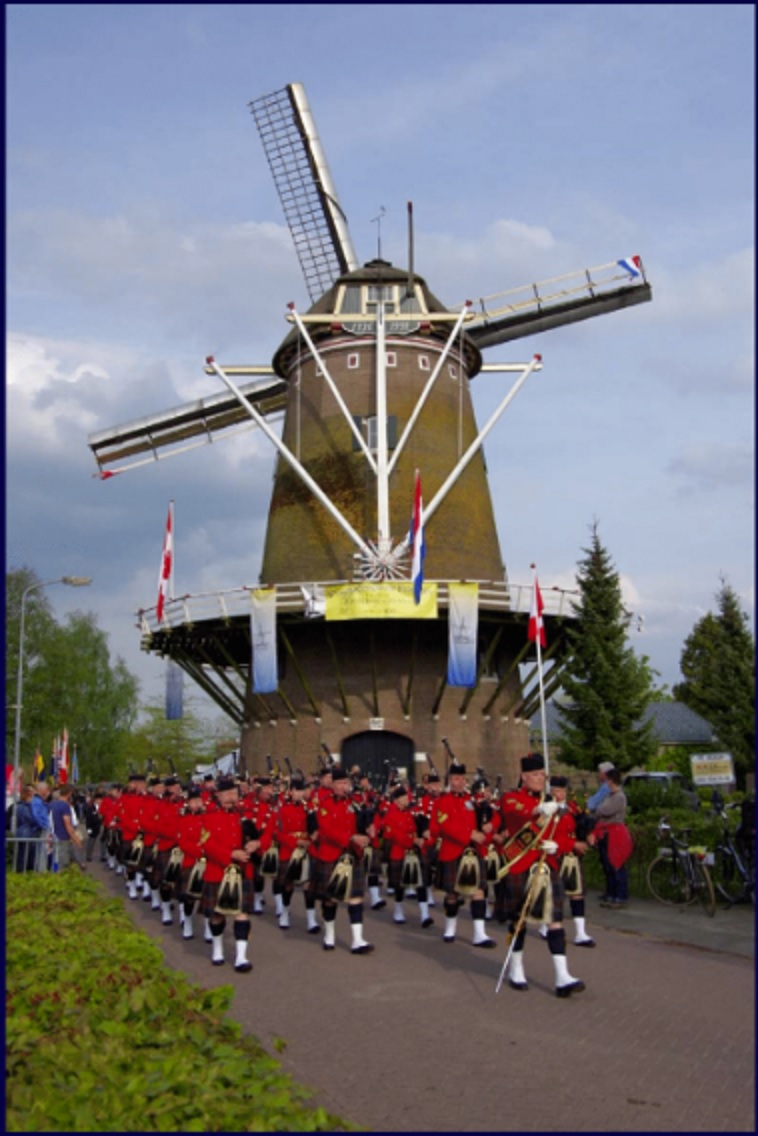 After a relatively quiet 2014, with no international trips, 2015 was a huge surge forward. The band participated in two overseas events that the members still talk about and hope to repeat.

The celebration of the 70th Anniversary of the liberation of the Netherlands in May, was an extraordinary experience. The hospitality of the Dutch towards the Canadians was incredible. Many strong friendships were forged on that trip and lifelong memories were made. This post’s cover photo is from one of the events on that trip.

Then to make for an even more outstanding year, many of the members headed off to Edinburgh in July to join in the Royal Edinburgh Military Tattoo. The REMT is a month long, daily parade commitment. It is a hard slog, but one that the band members agree was well worth it. After all, performing at the Royal Edinburgh Military Tattoo is a bucket list item for most pipers! Note that both of these were “Composite Band” events, which means members from the other RCMP bands across the country joined in, making the events an opportunity to make new friendships from across the country.

Even with those two demanding events to deal with, the band still supported another 25 events over the year, including the 5th annual spring concert at the Perley Rideau Veteran’s home. It was also the year the dance team joined up with the Ottawa Police Service dancers to provide spectacular performances for both bands.

It was a great year, full of interesting stories. Read all about it here.